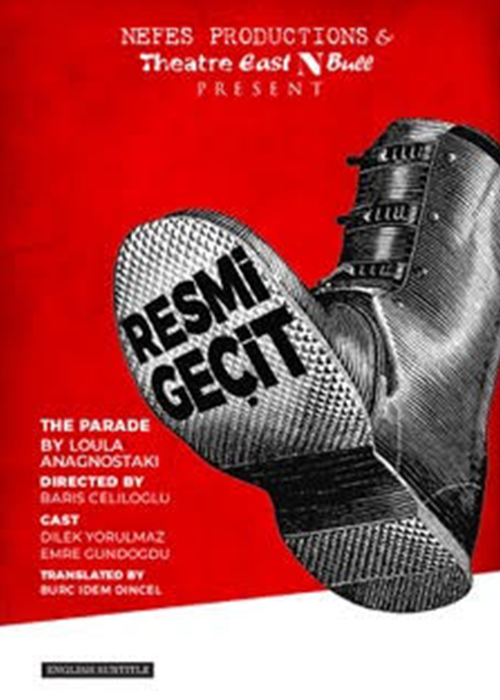 Two siblings, a brother and a sister live in a confined room all alone expecting a parade to take place that day. They chat, argue and share their dreams/nightmares with each other. Their only contact with the outside world is a small window in their room which looks down on the town’s square. The noises and sounds they hear from the square gradually begin to get sinister and nightmarish.

The play is almost a warning about a looming war, an unidentified attack and a recurring act of fascism on an unaware world which are very current themes. That is why as a company, we have decided to stage this wonderfully layered and sophisticated play. The Parade is a play with timeless themes and it successfully unravels the layers of our sad reality as people who don’t learn but repeat the same mistakes against other fellow human beings again and again. It is a universal and timeless testimony of our modern times. Loula Anagnostaki shakes and disturbs the audience at times by making us delve into our dreams and nightmares through these characters and makes us a part of this obscure and bleak reality which can reoccur anytime. The play prompts thought in poetic and symbolic ways. We have thought that it is a very timely and topical play for today’s world that is increasingly violent and conservative and riddled with proxy wars. 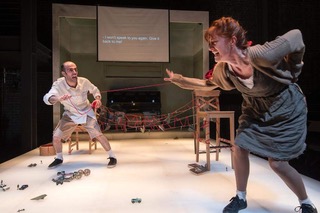 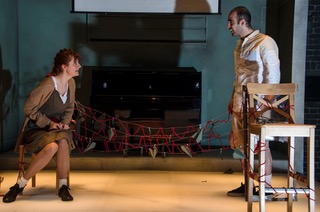 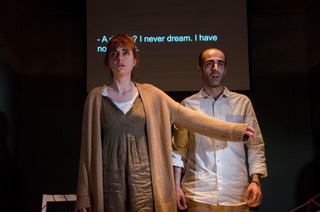 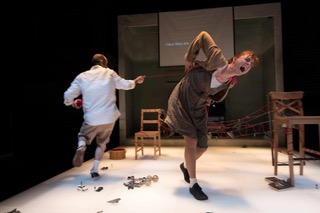 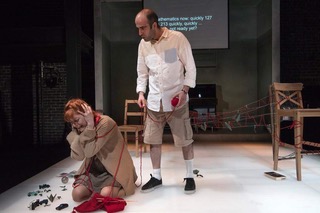 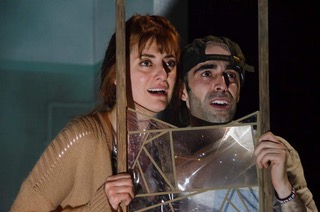 Barış Celiloğlu is a graduate of the Central School of Speech and Drama, London.

Barış Celiloğlu is a graduate of the Central School of Speech and Drama, London. She started her acting and directing career in Istanbul, Turkey in 1990. She performed in the acclaimed film production of "Don’t Let Them Shoot the Kite" by Tunç Başaran and "Sommersault in a Coffin" by Derviş Zaim. She came to London in 1997 after acting and directing on stage for a few years in Istanbul. In Britain, she has performed in venues such as The Gate Theatre, Arcola Theatre, The Young Vic in London and in Edinburgh Fringe Festival as well as directing in the fringe since 1998. She has recently directed “The Parade” by Loula Anagnostaki, "Two Lost in a Filthy Night" by Plinio Marcos and "Death and the Maiden" by Ariel Dorfman which were staged at Encetera and Arcola Theatres in London as well as touring to Istanbul successfully. Barış Celiloğlu has been recently awarded the ‘best actress’ award by a prominent awarding body in Turkey for her role Paulina in Death and the Maiden which she also co-directed.

She studied acting in London 2003 and Şahika Tekand Studio Players in 2004.

She studied acting in London 2003 and Şahika Tekand Studio Players in 2004. She played various parts in the Turkish Theatre at BKM and the National Turkish Theatre, as well as performing Turkish films and TV serials such as “7 Husbands for Hürmüz (İclal) “The Actor ( Naz)” and “Government Woman( Zümre)”. She graduated Master Degree in Film and Drama at the University of Kadir Has in 2009.
Since 2014, she has started her own company called “Nefes Tuition and Productions” in London. She has been working as an actress and director. She has been also leading creative drama, acting and yoga classes since moving to London.

Emre Gündoğdu graduated from Istanbul Aydin University Theatre Studies Faculty in 2012. He performed in productions called "I want to survive" and "Flower of Peace" at the National Theatre of Antalya. He also performed in Plinio Marcos' "Two Lost in a Filthy Night" directed by Barış Celiloğlu, the artistic director of Theatre East N Bull.