Death And The Maiden

A woman who “lived” through the trauma for the last 17 years after she was systematically tortured for months by the military junta all those years ago claims that the man who comes to help her husband is her torturer.

The question is, how can people as victims get justice without becoming perpetrators? What is the legitimate way to get even? The play poses serious questions as such to the audience and leaves them with it. 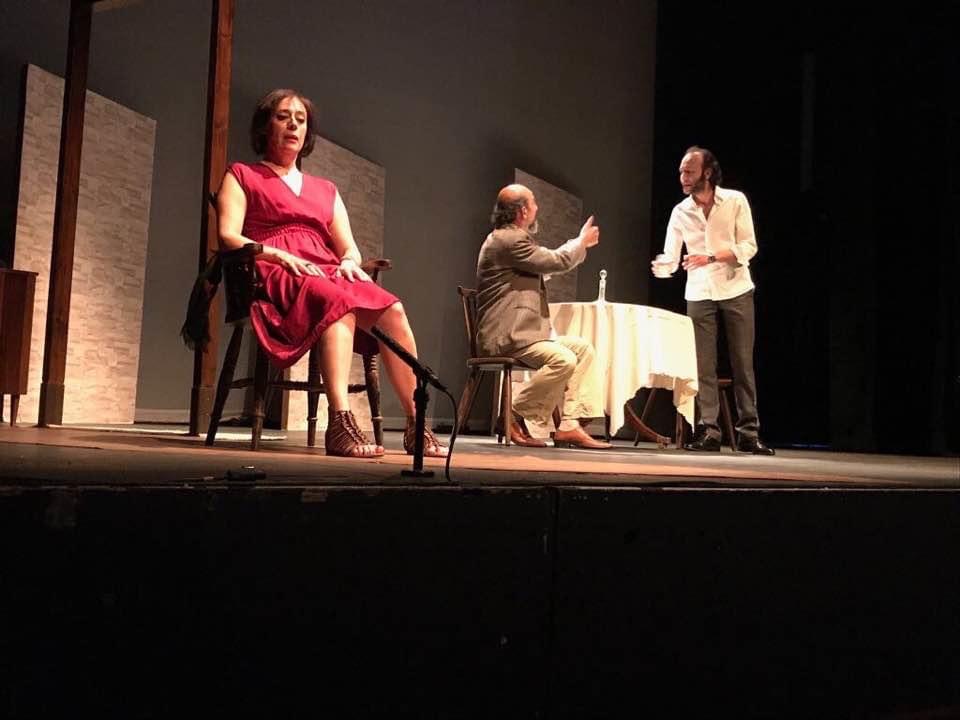 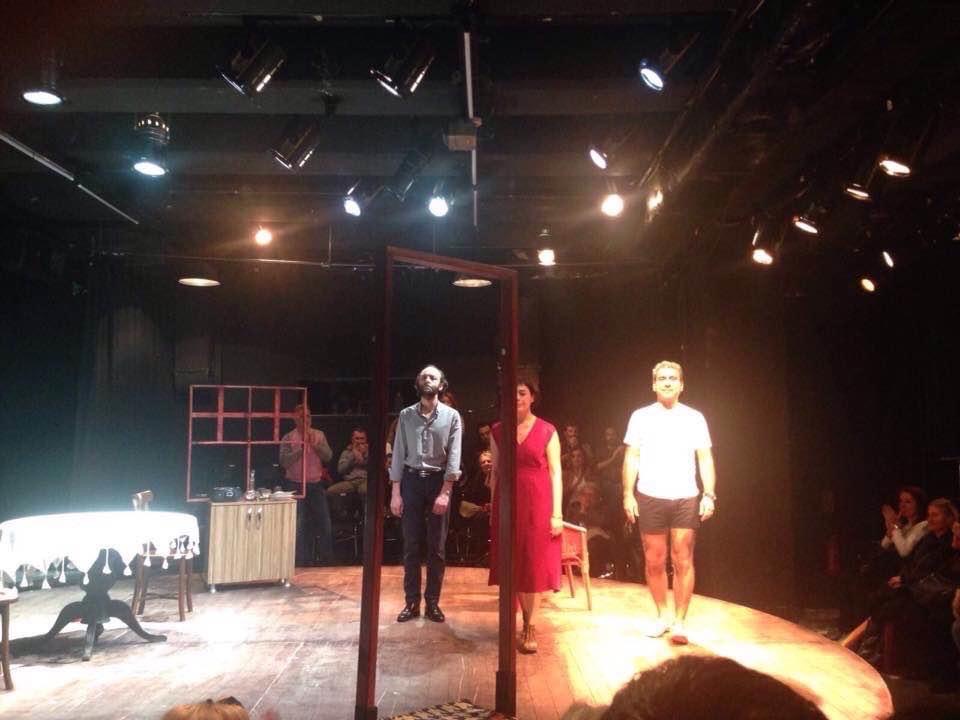 Barış Celiloğlu is a graduate of the Central School of Speech and Drama, Landon.

Barış Celiloğlu is a graduate of the Central School of Speech and Drama, Landon. She also studied with the famous physical theatre teacher Philippe Gaulier in his Landon School between 1997 and 1998. She was initially trained by the famous Turkish actress Sahika Tekand in her drama school in lstanbul in 1993. Baris Celiloglu started her acting career in lstanbul by performing in the acclaimed films Don't Let Them Shoot the Kite by Tunc Basaran and Sommer­sault in a Coffin by Dervis Zaim. She also played various parts in Turkish theatre in Studio Players and Bilsak Theatres (Beatrice in Roots by Arnold Wesker, Helena in A Midsummer Night's Dream of Shakespeare, Madam in The Maids by Jean Genel, the Lover in War Plays by Edward Bond) until she moved to Britain in 1997. In Britain, she performed in various venues such as The Gate Theatre (Don Quixote-Mar­itornes, Dulcinea), Arcola Theatre (Pelebians Rehearse the Uprising-Brecht's actor), The Young Vic (work in progress by Kwong Loke-Women of Troy-Hecuba), and joined Edinburgh Fringe Festival with a leading part (Semblance of Madness) in 2001 as well as performing in a British film (Closed Circuit-Ms Kemal) in 2012 directed by John Crowley and TV (The Bill-Mrs Yavas) by Thames Television in 1999. She has recently played a mother in an infomercial (Dinner Table) made for the Quilliam Founda­tion directed by Jon Stanford and played Charlotta in Cherry Orchard directed by Mehmet Ergen at the Arcola Theatre. Baris Celiloglu also has been directing plays in the fringe since 1998 and teaches drama and acting in a London college. Baris dedicates this performance to her beloved parents llhami and Bilhan Celiloglu and many other progressive people who fought against juntas in Turkey.

He studied Theatre at Kadıköy Community Center from 2006 to 2008 in Istanbul.

He studied Theatre at Kadikoy Community Center from 2006 to 2008 in lstanbul.
Yener Celik, took the role as a storyteller in the adaptation of 'Mothers Whose Sons are Killed' written by Kemal Ozer in 1996, lstanbul.
In 2000, he performecl in the film 'True Story' directed by Hakan Alak.
Yener Celik played Hacivat in 'The Captaiship of Karagoz' written by Aziz Nesin in 2007.
He performed in the 'Rebellious Spring' directed by Celal Perk at the 'London Daymer Stage' in 2012 and he also played in OBEB written by Yigit Sert Demir & directed by Celal Perk there in 2013.
He also worked as an Assistant Producer in Euripides' "Trojan Women" directed by Erkan Yalcin at the Kadikoy Community Center in 2008.

Neil has been producing music for over 20 years, recently concentrating on sound design and composition for theatre.

Neil has been producing music for over 20 years, recently concentrating on sound design and composition for theatre. Since moving his focus he has worked on a wide variety of shows, Shrapnel was nominated far Best Sound Design in the 2015 Offies.

She is Associate Director of Kidder's Production Normal/Madness (Edinburgh Fringe 2014/Scotland Tour 2015) as well as a creative associate of Worklight Theatre, currently working on developing their new show FIX, which will premier at Edinburgh Fringe Festival 2017, Underbelly (Belly Dancer, 5:40pm).

Göktay Tosun is a graduate of the lstanbul State Conservatory.

Göktay Tosun is a graduate of the lstanbul State Conservatory. He started his acting career in lstanbul National Theatre and performed in many theatre companies in lstanbul, Turkey. ( Gönül Ülkü & Gazanfer Özcan, Istanbul Municipal Theatre, Hayal Sahnesi, BASAD, Mavi Sahne, Bihter Production, Boyalı Kuş, Bab-ı Theatre, Gaf Theatre, Kibrit Theatre, Theatre Hal, Lavanta Production) He directed Moon Over Buffalo and he has also written a play There is no Relevance to any Person, lnstitution, Organization and Reality. In 2014 he was nominated for the Afife Jale Theatre Awards and the Sadri Alışıkk Theatre Awards with the play Kiss of the Spider Woman and received the Besi Actor Award from the Direklerarası Audience Awards and the Ekin Yazın Dostları Theatre Awards. He has performed in many TV series in Turkey and in the films of Eyvah Eyvah, NEFES: Vatan Sağolsun, Bir Varmış Bir Yokmuş. He has been resident in the UK since October 2016.

Gül started her amateur acting career in London. She performed in the adaptions Clara Zetkin's Life, Refik Erduran's Neşenin Şarkıları and Muzaffer Oruçoğlu's Tohum.
Furthermore, she was an assistant director of OBEB directed by Celal Perk.

Rasa is a 3rd year Theatre Design student at Wimbledon College of Arts.

Rasa is a 3rd year Theatre Design student at Wimbledon College of Aris. Her style of work is similar to how she approaches her life - everything organised and practical. Her sets consists of clean-cut shapes and minimalist landscapes, all designed to showcase the story line portrayed to its very best. Additionally she is known for always adding an unexpected twist to the overall visual to complete the image she portrays on stage.